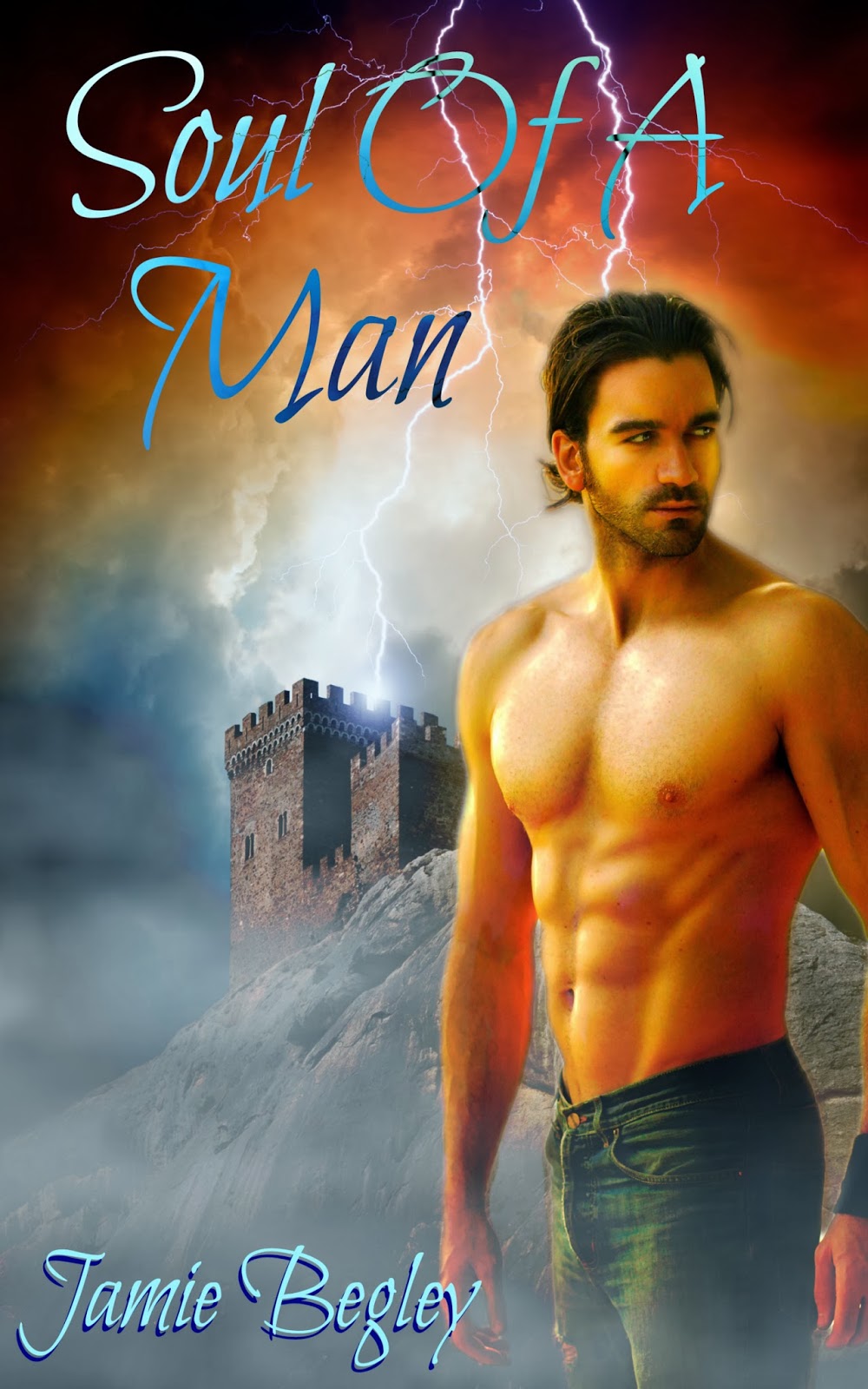 Soul Of A Man
by
Jamie Begley

Book Blurb:
Cara, a powerful Moirae, finds herself stranded on Earth made human by an enemy of her mother, Fate. Lost and alone, she is forced to accept the reluctant help of Jericho Hawk. Jericho is determined not to become involved with Cara, even as their sexual attraction for each other cannot keep them apart. When Cara's Cousin Grimm appears and proves Cara's crazy stories are actually true, he must overcome the horrors her mother is responsible for to gain an eternity with the woman he has come to love.

Excerpt
She trembled as she lay against him, rubbing her cheek against his bare chest. With a hand still buried in her hair, he pulled until she looked up at him. His harsh features showed his Indian heritage. For an instant, Cara did feel as if she were his captive.
“I want you.” A tear slid down her cheek. Cara knew in her heart what Jericho was unable to bring himself to admit.
“I love you.” She gave him the words he needed to hear, to believe in the deepest recesses of his bruised heart.
Jericho rose from the chair with her legs still wrapped around his waist.
“Let’s go to bed.” Cara laid her head on his shoulder.
“Only if you promise to ravish me.” A deep chuckle was her response.
“I think I can promise that.” In one movement he removed her legs from his waist and flipped her until she was now lying on his shoulder. Giggling, Cara didn’t know which she looked forward to more, her impending ravishment or the orgasm that was going to rock her world. Then Cara realized it was a win, win situation.

I was born in a small town in Kentucky. My family began poor, but worked their way to owning a restaurant. My mother was one of the best cooks I have ever known, and she instilled in all her children the value of hard work, and education.

Taking after my mother, I’ve always love to cook, and became pretty good if I do say so myself. I love to experiment and my unfortunate family has suffered through many. They now have learned to steer clear of those dishes. I absolutely love the holidays and my family put up with my zany decorations.

For now, my days are spent at work and I write during the nights and weekends. I have two children who both graduate next year from college. My daughter does my book covers, and my son just tries not to blush when someone asks him about my books.

Currently I am writing three series of books- The Last Riders that is fairly popular, The Dark Souls series, which is not, and The VIP Room, which we will soon see. My favorite book I have written is Soul Of A Woman, which I am hoping to release during the summer of 2014. It took me two years to write, during which I lost my mother, and brother. It’s a book that I truly feel captures the true depths of love a woman can hold for a man. In case you haven’t figured it out yet, I am an emotional writer who wants the readers to feel the emotion of the characters they are reading. Because of this, Teased is probably the hardest thing I have written.

All my books are written for one purpose- the enjoyment others find in them, and the expectations of my fans that inspire me to give it my best. In the near future I hope to take a weekend break and visit Vegas that will hopefully be next summer. Right now I am typing away on Knox’s story and looking forward to the coming holidays. Did I mention I love the holidays? 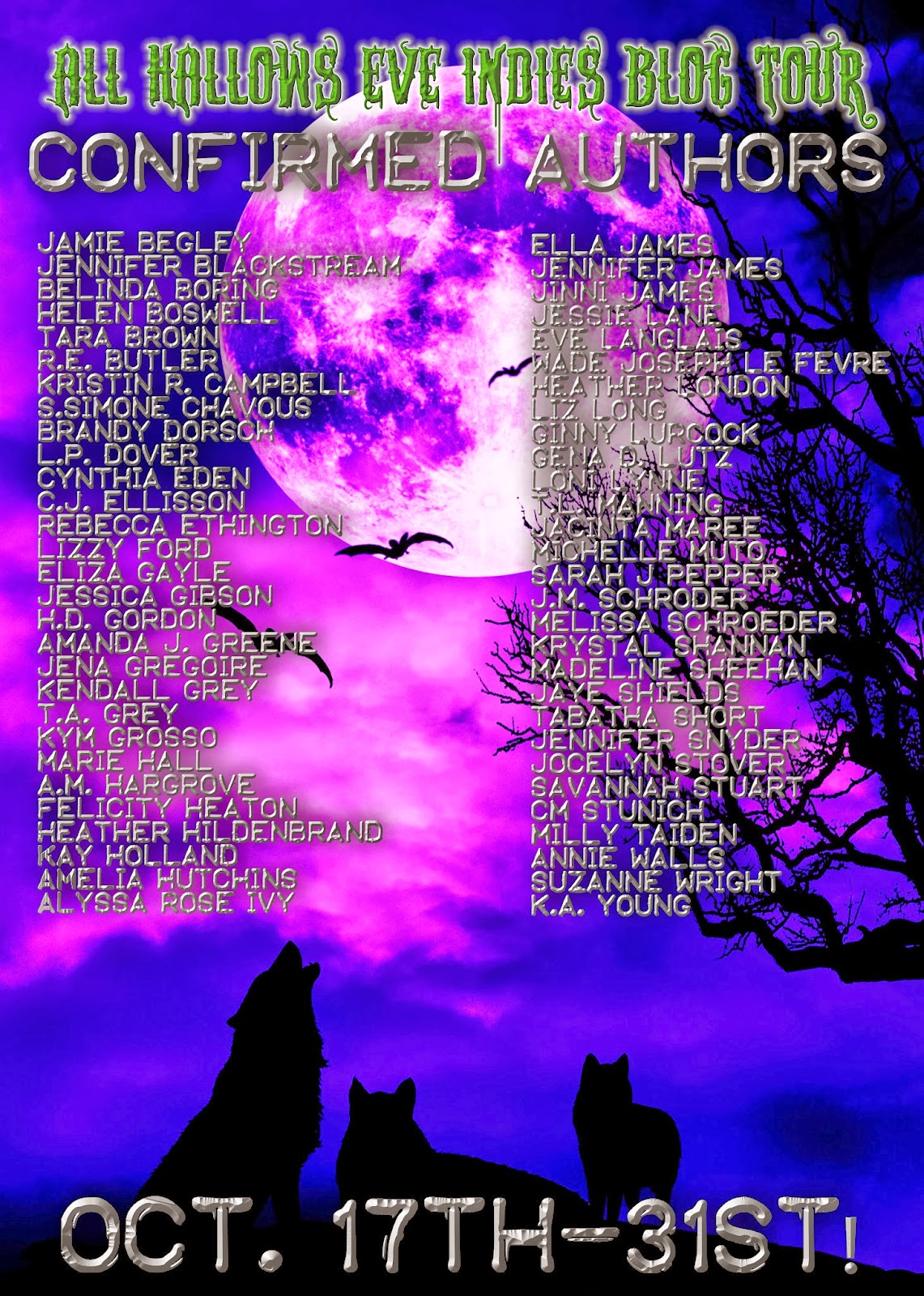