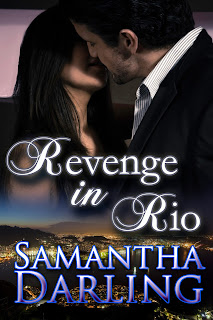 Blurb
Calculated revenge, unexpected passion…
Business magnate Luca Venancio is returning to Rio to pay his respects to his late brother, and to seduce his once fiancée, Daniella, back into his bed. Five years ago she left him without so much as a word, shunning him and the rich life he could offer in exchange for his younger, reckless brother. Now Luca wants revenge—seduce her and dump her, that's all he intends to do.
Blackmailed into a violent farce of a marriage, Daniella had no choice but to comply to protect Luca's life, even though it meant never being able to see him again. Years later, a twist of fate reunites them, throwing her plans of fleeing Rio out of the window and the love of her life straight back in.
Luca's flawless plan soon becomes complicated when he discovers Daniella is expecting his brother's child. It becomes even more complicated when old passions return. Can he actually go through with seducing her, bedding her, and then discarding her? 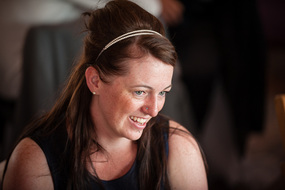 I live in Essex, not too far from London, with my very understanding husband, our identical twin boys, and two Bedlington Terriers. We're crammed into our rather cozy two-up two-down terrace and we can barely swing a cat, but hey, we love it. I work part-time as a nurse, but when I'm off duty, you will find me either chasing the toddlers around like a headless chicken, head buried in a book, or tapping away at my stories.
I have always loved to read and romance is by far my favourite genre! You can easily escape into such promising worlds, where sexy Alpha males lead the way and strong heroine's often can't help but fall head over heels in love. I adore a Happy Ever After - as I'm sure we all do if we're honest, right?!

Reading and writing go hand in hand and from the day I could read, I enjoyed writing. To put pen to paper and conjure up weird and wonderful little stories was what I thrived on! English was my favourite class at school right throughout to secondary - and I will always be thankful for the teachers who gave me the opportunities to develop and be creative! If I remember rightly, one of my first stories was called 'The Turkey Who Could Talk'...but I'll tell you more about that some other day :-)