Dancing with Detective Danger by Lynn Crandall Blurb and Giveaway 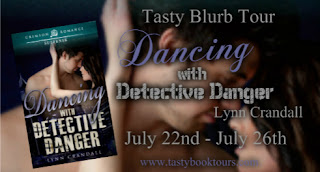 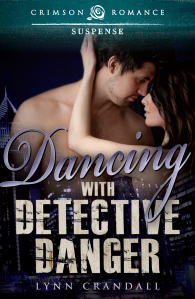 Blurb
Uncovering secrets and exposing truth are all in a day’s work for private investigator Sterling Aegar. But when her latest case threatens to reveal her own buried feelings for an old love, Sterling runs for cover.
A body in the bathtub and pleas from a jilted wife to find her wayward husband mean a welcome break from the usual humdrum cases Sterling and her sister, Lacey, are called to investigate. But when Sterling’s old flame, Detective Ben Kirby, walks into the murder scene, she feels her world spin out of control. Danger from thugs and murderers poses no greater threat than the peril she’d suffer if she lets daredevil Ben get too close.
Seeing Sterling for the first time in two years is for Ben like drinking in a healing tonic. He could never forget the way it felt to run his hands over her delicious curves or the way she touched his soul. She remains the one person who can make the emptiness in his gut go away. Finding the murderer is his job, but protecting Sterling from seriously dangerous people is his mission.
As the case unfolds, Sterling and Ben not only solve the murder and locate the missing husband, they confront secrets that set them each free from a painful past.

Here’s a peek at the main characters’ first meet up in since their break up two years ago, told from the hero’s point of view.

Ben stood behind the richly embroidered drapes at the condo’s living room window and
discreetly watched Sterling walk to the car as he shuffled paperwork through his fingers. Her
petite frame, dressed in a slim gray suit, pulled his attention as though he had no control.

That’s the way it was with her. He hadn’t seen her for two years, but all during that time he’d
been unable to will her out of his thoughts for very long. Seeing her up close and feeling her
presence today had stirred up old feelings inside him. After they’d gotten together, the terrible
aloneness he’d grown to live with had vanished. It hadn’t mattered that before she’d come along
he’d had no one, no family, because she’d completely filled the emptiness in his gut. Then when
she left, he’d felt all the more alone for having known but lost her.

Sterling’s straight, chestnut-colored hair had grown longer, brushing gently against her slim
shoulders. He liked it. And the two years apart had worn beautifully on her fine-boned face. She
looked even lovelier than he remembered. In the brief moments he’d stood next to her, he’d
taken in everything: her shapely curves, her intense, blue-green eyes, her sensuously curved lips
the color of a rich Merlot wine.

Ben’s stomach tightened. It had to happen sooner or later, he thought to himself. Even though
Sterling had left his life, it seemed inevitable that they’d run into each other sometime while
working a case. He’d like to think it meant their destinies were intimately intertwined. That even
though their paths might occasionally diverge and meander, they were actually headed in the
same direction. She’d been emphatic at their breakup that there was no future for the two of
them—that they wanted different things in life—but he just didn’t believe it. He believed in
possibilities, and though in the interim he’d given Sterling her space, the hope remained strong in
him that eventually, along the way, they would come together again, perhaps even stronger than
before.

Ben watched Sterling drive away and couldn’t help himself. Was it too much to hope maybe
this time it could be different? 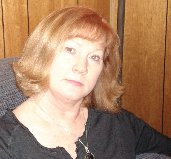 Lynn Crandall started spinning stories as a child when she tried to entertain her younger sister at night when they were supposed to be going to sleep. In the dark, her stories typically took on a scary or paranormal element -- didn't do much to put them to sleep. Today, she hopes her stories still fail to put readers to sleep, but rather take them on a journey. That's what she’s been on since she decided to make writing her focus. As a reporter and magazine feature writer, she truly enjoys learning as she works on stories. As a romance writer, she enjoys doing the research and following an evolving story of the characters.