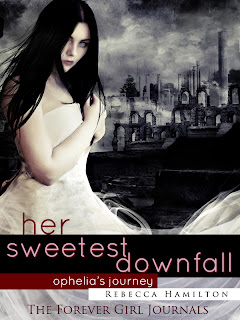 Book SynopsisOphelia’s been successful at hiding her true identity, until the mark of the serpent appears on her neck—a death sentence, should it be seen by anyone in her town. Hiding the mark might save her from falling victim to the witch hunts of her era, but the scorching sensation it carries can’t be ignored.
When the mysterious Ethan is sent to collect her for a life of something more, she learns concealing the mark is the least of her worries. She’s destined to don a new mask—to join a dark, supernatural world and protect the future of people she may never meet.
What she doesn’t know—what she learns too late—is that her initiation won’t be complete until she kills the man she loves.
Set in an alternate Regency England, “”Her Sweetest Downfall”" is a standalone novella in the “”Forever Girl”" series, written as a gift to fans of the Forever Girl series.
HER SWEETEST DOWNFALL will appeal to lovers of paranormal romance, fantasy, and vampire fiction. 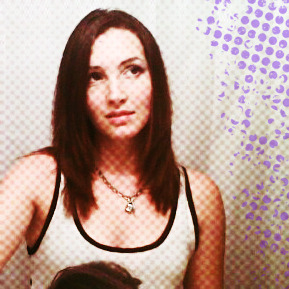 About the Author
Rebecca Hamilton writes Paranormal Fantasy, Horror, and Literary Fiction. She lives in Florida with her husband and three kids, along with multiple writing personalities that range from morbid to literary. Having a child diagnosed with autism has inspired her to illuminate the world through the eyes of characters who see things differently

I am so honored to be asked to join the blog tour for, Her Sweetest Downfall by Rebecca Hamilton. I am giving away one copy of the Her Sweetest Downfall in digital form. The winner will be announced on Sunday the 17th. Just leave a comment along with your email address. Good luck & happy reading!

Below are the address of the next stops on the tour.

March 15th
From the Shadows
The Book Cafe

March 17th
Romancing the Dark Side
The Reading Cafe